The South African National Archery Association recognises that a great amount of outstanding voluntary effort goes into the development of the sport.

In order to provide public acknowledgment and recognition of the more outstanding roles of those who contribute towards the development of archery in South Africa, the National Association has introduced the Archery Hall of Fame.

All members may nominate two former SA archers who they believe have positively impacted and contributed to the development of archery in South Africa. A member may nominate one female athlete, one male athlete, a sports administrator, and a technical official.
Athletes Nominees should have competed at professional International level. Nominees shall be considered for an award if they are retired for at least three years.

Nominees should be Sport leaders, managers, administrators, coaches, judges or technical officials who are either active or retired from the administration of sport. Nominees should have considerably contributed to the promotion and development of archery in SA through their career at provincial and national levels through their abilities to lead by example, their ethics and knowledge.

A standing awards committee, consisting of not more than three members, appointed by the SANAA Executive, will evaluate the candidate(s). The role of the executive is to ensure that the committee is provided with sufficient information to enable the award to be fairly and efficiently administered. The standing committee consists of Mr. Martin Trimmer, Mrs. Myrna Newmark and Dr. Nico Benade.

The Association will, if possible, arrange for an award to be presented at a venue commensurate with the status of the award. It is the mission of The Archery Hall of Fame to honor those outstanding members of the archery community through the process of induction into its Hall of Fame. As an integral part of its existence, the Hall seeks to preserve the history and tradition of archery for future generations. To educate and inform those persons wishing to peruse their interest in archery, the Hall will act as a repository for memorabilia, literature and research material related to the sport of archery for the public to view and for scholars to utilize as a resource in researching the sport and industry of archery.

In 2011 the President announced the formation of the South African Hall of Fame. The committee to decide on the nominees was established. The committee comprised of Dr Nico Benade, Myrna Newmark and Martin Trimmer. They debated the nominations of over 15 archers and administrators for some four months and, in common, finally agreed on one person. Members nominated former SA archers who they believe have positively impacted and contributed to the development of archery in South Africa.

The South African National Archery Association recognises that a great amount of outstanding voluntary effort goes into the development of the sport. In order to provide public acknowledgement and recognition of the more outstanding roles of those who contribute towards development of archery in South Africa, the National Association has introduced the WA Archery Hall of Fame. 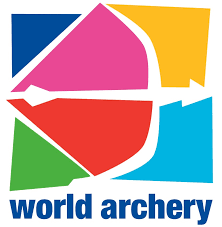 The first person to be inducted into the SA Archery Hall of Fame is Michael Shiers, known to all as “Mick”. He was the first person on the planet to shoot a 1200. In 1961 the World FITA record stood at 1174, meanwhile in 1963 he shot a 1207 in a Natal Championships. The record was never recognized by FITA as it was a provincial and non FITA sanctioned shoot. Only in 1967 did Ray Rodgers beat the unofficial record of 1207. Mick won our South African title no less than 10 times and shot in 3 World Championships. In 1966 he was already a provincial rep for KZN at the SANAA congress in 1982 he became President of SANAA till he passed away in 1987. It is a fitting tribute to the man to have him inducted as the first archer to the Hall of Fame.

At the 2014 SA National Archery Association Congress, the Gauteng Province nominated Alan to be inducted into the Archery Hall of Fame for his contribution to the sport in the Technical Official division. The nomination which was unanimously supported by all the provincial delegates sees Alan the second member to be awarded this honour. Alan, who is known for his quiet motivation and getting the job done is based in KZN and has held various positions in the federation including that of the National Development Officer. He was directly responsible for the creation of the framework which sees a sustainable means of coaching through the Instructor program and is well known to archers all over the country where he presented workshops. . Alan is a World Archery Level 3 coach with a high degree of passion for the sport and has been active since the 1970s. As a recurve archer and a keen interest in developing the sport, he worked closely with coaches and within a short while was elected to the position of National Coaches Chair, a position he held until Congress 2014. In developing the sport of archery, he introduced the schools development program, using schools in KZN as blueprints allowing other provinces to copy the working model. Alan passed away in May 2014.

Barbara Manning is the third World Archery member to be inducted into the Archery Hall of fame. In a unanimous vote, the Sanaa Council accepted the nomination that Mrs Manning be inducted into the Archery Hall of Fame for her role as an administrator. According to Selwyn Moskovitz, President of the Federation, “Barbara, who holds many positions within Sanaa is the driving force and heart of archery in our country. The number of initiatives that she has triggered are vast and include the Gold Squad, international participation, development, coaching and rankings; just to name a few”. “Her passion for the sport and to do things the right way are unprecedented. She constantly wants to make things better and to understand the inner workings, such as coaching, where she is now a high-level international accredited coach; through to organising, where she is qualified as an internationally accredited large-event manager”, he added.

The SANAA may confer Honorary Life Membership on any person or persons who have distinguished themselves by their work for the SANAA or the sport in general, or who the SANAA desires to honour. At the 2015 Sanaa Congress, the Council conferred Hononrary Life Membership on Mrs Ho for her contribution as a technical official to our sport. Charmaine is well known as an international judge and event organiser. For many years, she has been the editor of the SA Archer which has, without fail, been published on deadline, even when she has been officiating overseas. Mrs Ho was also honoured by the Council who considered her nomination for the Hall of Fame and who voted unanimously for her indication into the Archery hall of Fame in the technical division.

The president of the SA Archery federation announced at the annual banquet that Malcolm Todd has been inducted into the Archery Hall of Fame (Athlete). The honour, voted by the Sanaa Council at the recently held Congress was bestowed upon Mr Todd for his contribution to the sport as an athlete and as an example that archery is a sport for life. Malcolm, from the Western Cape, has been competing for more than 50 years and has had thousands of novice archers pass through his coaching over the years, while still actively competing. After picking up his brother’s bow received as a birthday present, the bug bit and so started a half-century love affair with the bow for Malcolm Todd. From the range at Zoo Lake to the terraces of Bellville, breaking records in every category along the way, Malcolm has been a regular and steadfast competitor on the Nationals line for over 60 years. Malcolm’s perseverance even during South Africa’s period of international exclusion and his participation in the United States, Interlaken and at the Barcelona Olympic Games, is an inspiration to all archers. His dedication and enthusiasm for the promotion of the sport remains an example to all and we hope that the South African archery community will continue to share the line with Malcolm for many years to come.

We use cookies on our website to give you the most relevant experience by remembering your preferences and repeat visits. By clicking “Accept All”, you consent to the use of ALL the cookies. However, you may visit "Cookie Settings" to provide a controlled consent.
Cookie SettingsAccept All
Manage consent

This website uses cookies to improve your experience while you navigate through the website. Out of these, the cookies that are categorized as necessary are stored on your browser as they are essential for the working of basic functionalities of the website. We also use third-party cookies that help us analyze and understand how you use this website. These cookies will be stored in your browser only with your consent. You also have the option to opt-out of these cookies. But opting out of some of these cookies may affect your browsing experience.
Necessary Always Enabled
Necessary cookies are absolutely essential for the website to function properly. These cookies ensure basic functionalities and security features of the website, anonymously.
Functional
Functional cookies help to perform certain functionalities like sharing the content of the website on social media platforms, collect feedbacks, and other third-party features.
Performance
Performance cookies are used to understand and analyze the key performance indexes of the website which helps in delivering a better user experience for the visitors.
Analytics
Analytical cookies are used to understand how visitors interact with the website. These cookies help provide information on metrics the number of visitors, bounce rate, traffic source, etc.
Advertisement
Advertisement cookies are used to provide visitors with relevant ads and marketing campaigns. These cookies track visitors across websites and collect information to provide customized ads.
Others
Other uncategorized cookies are those that are being analyzed and have not been classified into a category as yet.
SAVE & ACCEPT