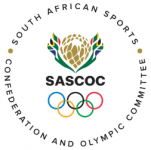 The Council, elected by the provincial bodies and affiliates elects the executives. The executives carry out the policy of the Council.

The Council, elected by the provincial bodies and affiliates elects the executives. The executives carry out the policy of the Council.

The provincial bodies are elected by the clubs in their provinces and collectively are known as The Council of SANAA. Each province carries one vote. The Council is the legislative body of the organisation.

The provincial archery bodies are affiliated to the Provincial Sports Councils who are responsible for facilities, academics and athlete support.

Created by the Consitution

SASCOC also looks after various National Federations who are affiliated to SASCOC, together with the various provincial sports councils.

The head office for WA is in Lausanne, Switzerland. World Archery currently consists of 150+ Member Nations, that are the governing bodies for archery in each country covering the continents of Africa, The Americas, Asia, Europe and Oceania. Sanaa is a member in good standing of the World Archery Federation and offers its members the opportunity to participate in all WA events.

The South African National Archery Association (SANAA) was formed in 1948 by a group of enthusiastic archers. By 1950 it had succeeded in gaining membership of the International Federation, FITA, as it was known then.

SANAA focused on Olympic type archery and as the years passed, equipment became more available and more sophisticated and different disciplines or styles of archery developed.

To cater for the different codes, various groups came and went, but by the early 1990’s, the South African National Field and Indoor Archery Association (SANIFAA), concentrating on recreational archery, became the largest formal group of archers in the country, leaving SANAA to its domain of Olympic style archery.

Throughout this period, SANAA was recognised by our National Olympic Committee. By 2005 our Ministry of Sport strongly suggested that unless all the splinter groups unify, there would be no hope of financial and facility support. That led to the formation of Archery South Africa (ASA). True to its word, after the formation of ASA, the window of opportunity opened for our sport and we were funded by the National Lottery Board and the Department of Sport and Recreation.

Around the same time, the International Paralympic Committee made a change to its rules requiring that para-archery be integrated into the mainstream. Around May of 2012, our National Olympic Committee (SASCOC) changed its membership rules. As SANAA was the only organisation that met the membership criteria, all the members of ASA resolved to dissolve ASA and that SANAA would apply for membership of Sascoc as the National Archery Federation.

After wide consultation with all interested parties at a National Archery Indaba held in June 2013, a number of resolutions were taken. By the end of that year all the provincial bodies were invited to a Congress and had voted on a way forward.

For months preceding the event, invitations and the agenda was sent to all interested parties to attend the 64th SANAA Congress. Some 30 delegates representing all nine provincial archery associations, para-archery, Sanifaa and Kyudo came to cast their vote.

At the annual SANAA Congress held in Johannesburg in April 2014, the resolutions were passed and the SANAA committee stepped down.

SANAA invites all interested parties to join the federation and to share in the growth and success of the sport in South Africa.

New elections were held by all nine of the provincial archery structures and affiliate members and the new and united SANAA was established as the national federation, uniting all amateur archery (including para-archery) in the country. Kuydo retained membership as an affiliate.

We use cookies on our website to give you the most relevant experience by remembering your preferences and repeat visits. By clicking “Accept All”, you consent to the use of ALL the cookies. However, you may visit "Cookie Settings" to provide a controlled consent.
Cookie SettingsAccept All
Manage consent

This website uses cookies to improve your experience while you navigate through the website. Out of these, the cookies that are categorized as necessary are stored on your browser as they are essential for the working of basic functionalities of the website. We also use third-party cookies that help us analyze and understand how you use this website. These cookies will be stored in your browser only with your consent. You also have the option to opt-out of these cookies. But opting out of some of these cookies may affect your browsing experience.
Necessary Always Enabled
Necessary cookies are absolutely essential for the website to function properly. These cookies ensure basic functionalities and security features of the website, anonymously.
Functional
Functional cookies help to perform certain functionalities like sharing the content of the website on social media platforms, collect feedbacks, and other third-party features.
Performance
Performance cookies are used to understand and analyze the key performance indexes of the website which helps in delivering a better user experience for the visitors.
Analytics
Analytical cookies are used to understand how visitors interact with the website. These cookies help provide information on metrics the number of visitors, bounce rate, traffic source, etc.
Advertisement
Advertisement cookies are used to provide visitors with relevant ads and marketing campaigns. These cookies track visitors across websites and collect information to provide customized ads.
Others
Other uncategorized cookies are those that are being analyzed and have not been classified into a category as yet.
SAVE & ACCEPT